At the April 12, 1927 meeting of the Charleston City Council, it was suggested that the stadium be named for Mayor Thomas P. Stoney. Meeting minutes state that Stoney “Stands out preeminently as one of the earliest advocates of an athletic center for the City of Charleston, where those who desire to indulge in athletics and those who desire a place in which such events may be staged, may gratify their desires, not only the originator of such an institution which is certain not only to prove a splendid advertisement of the City of Charleston and result in more open life for our people and therefore better and healthier citizens, but an earnest, hard and indefatigable worker in the realization of this much-desired institution, surmounting obstacles which would have disheartened one less enthusiastic, and finally making a vision an actual fact.”

Mayor Stoney then suggested that the stadium be named for Johnson Hagood: “Alluding to the historic atmosphere of Charleston which should be fostered, he thought it proper that Gen. Johnson Hagood, one of the most distinguished officers of the Confederacy, whose merits have not received the credit which they deserved, should be honored in Charleston by the naming of the Stadium.”

From The Citadel's Board of Visitors meeting minutes, June 4, 1928:

"The construction by the City of Charleston of the Johnson Hagood Stadium in proximity to the Citadel campus has been one of the greatest service to us, as its use is practically confined to the Citadel foot-ball games. The Director of Cadet Affairs points out that the original plan of the City in building the stadium was to utilize it not only for foot-ball but also for base-ball by the City League during the summer. The desirability of reserving the Johnson Hagood Stadium for foot-ball and putting the base-ball diamond and stands apart from the Stadium was so apparent that an arrangement was made between the City and the Citadel Athletic Association whereby a separate grand-stand was erected at a cost of about $9,000 - $5,000 from the City and $4,000 from the Association of The Citadel to have use of the Stadium for fifteen years. The Director of Cadet Affairs is able to effect a sufficient loan from the People's First National Bank of this City to take care of our obligation by using part of the receipts from the athletic fees of $10 which is now received of all cadets, provided the bank has the assurance that the fee will continue to be a required fee for all cadets until the loan is paid." 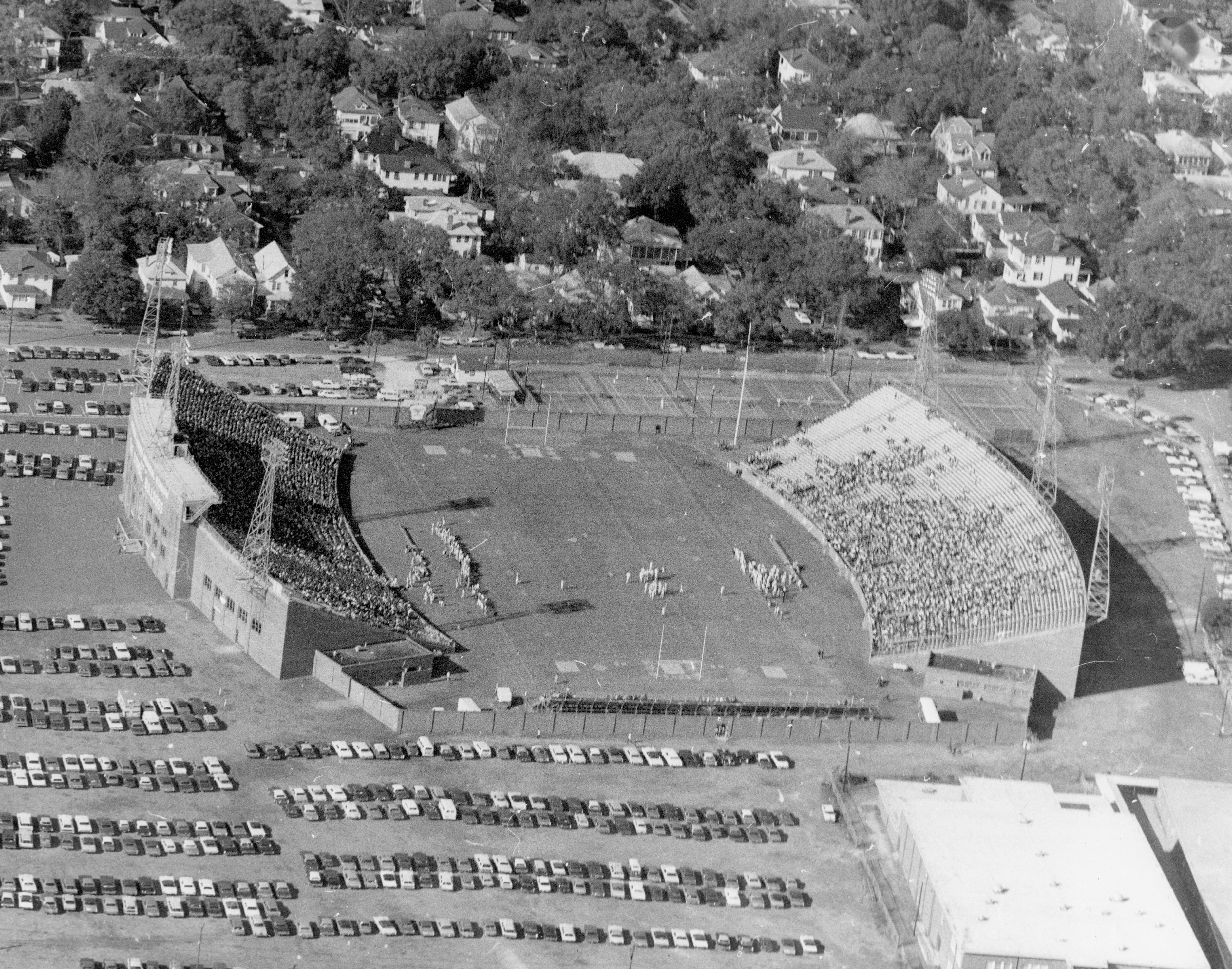