"Named in honor of the 16th president of The Citadel, Maj. Gen. James A. Grimsley Jr who currently serves as president emeritus, the new building houses the electrical engineering and physics departments of the military college."

"On motion by Col. Prioleau, seconded by Col. James, the Board unanimously approved that the building formerly known as Alumni Hall, now be named Grimsley Hall in honor of the President Emeritus."

Citadel Board of Visitors meeting minutes, May 10, 1991 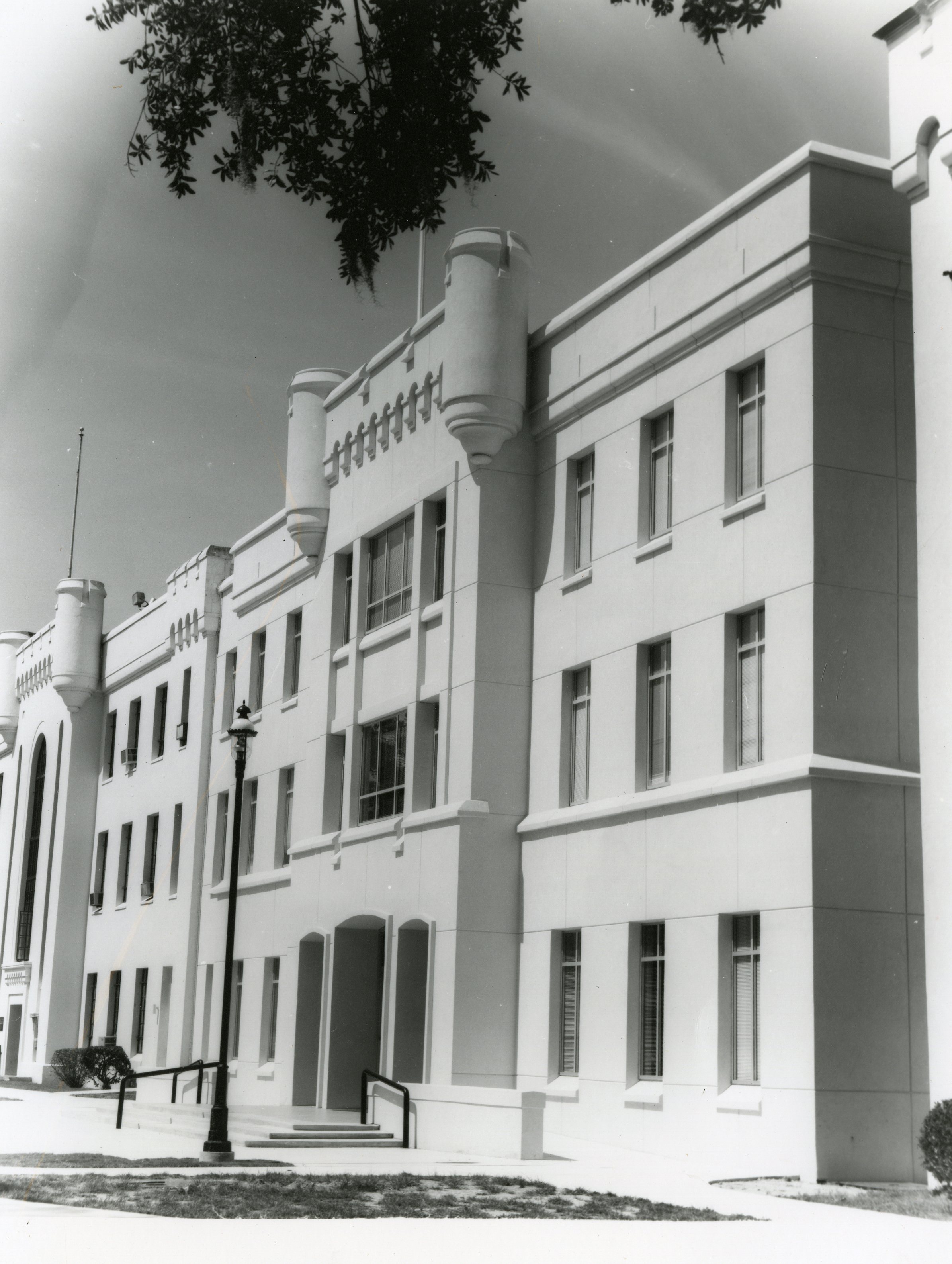 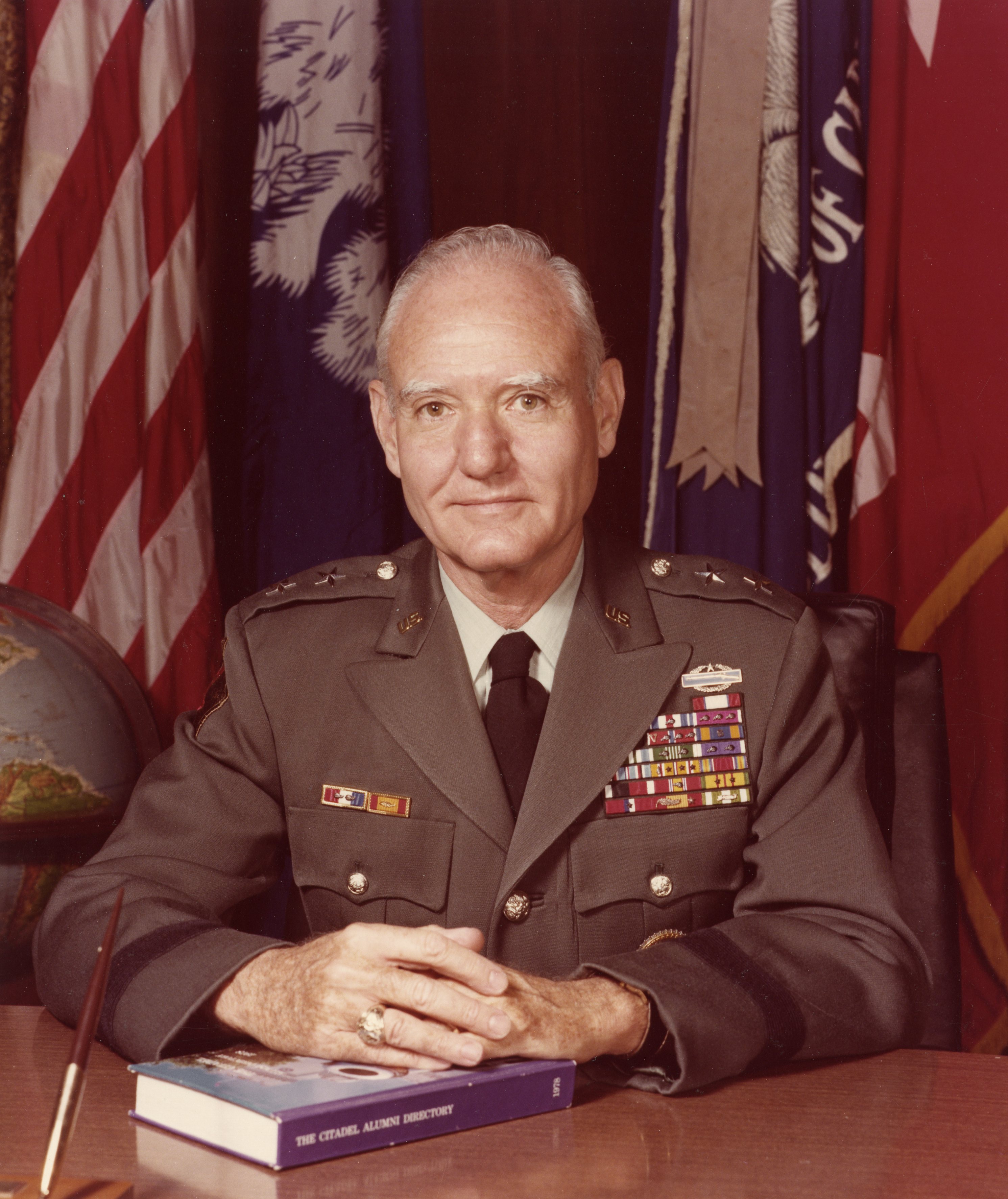