First awarded in 1919, it is awarded to members of the United States Navy and the United States Marine Corps for distinguished and exceptionally meritorious service to the United States while serving in a duty or position of great responsibility. The gold star indicates a subsequent award. General Walters has been awarded this medal twice. 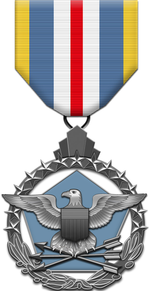 Established by President Gerald Ford in 1976, it is awarded by the Secretary of Defense to members of the United States Armed Forces who have rendered superior meritorious service while serving in a joint service position of great responsibility. The bronze oak leaf cluster indicates a subsequent award. General Walters has been awarded this medal twice. 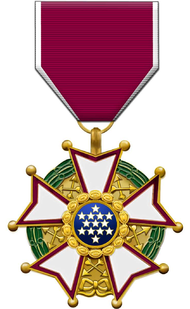 Legion of Merit with One Gold Star

First awarded in 1942, this award is open to all branches of the United States Armed Forces, and is awarded for exceptionally meritorious conduct in the performance of outstanding services and achievements. The Legion of Merit is the only United States military decoration that may be issued in award degrees. General Walters has been awarded this medal twice since it is accompanied by a Gold Star.

First awarded in 1969, this award is open to all branches of the United States Armed Forces and is awarded for outstanding meritorious achievement or service to the United States. The Meritorious Service Medal was initially only awarded during peacetime but after September 11, 2001, it could be awarded in a designated combat theater. General Walters has been awarded this medal twice since it is accompanied by a Gold Star.

Established by President Franklin D. Roosevelt in 1942, this decoration is open to all branches of the United States Armed Forces, and awarded for heroic or meritorious achievement while participating in aerial flight. The original criteria for the award included per each naval vessel or three enemy aircraft in flight confirmed destroyed, per 25 operational flights during when exposure to enemy fire is expected or per 100 operational flights when exposure to enemy fire is not expected. The Bronze Strike/Flight Numeral is issued by the Department of the Navy to denote the total number of Strike/Flight awards. 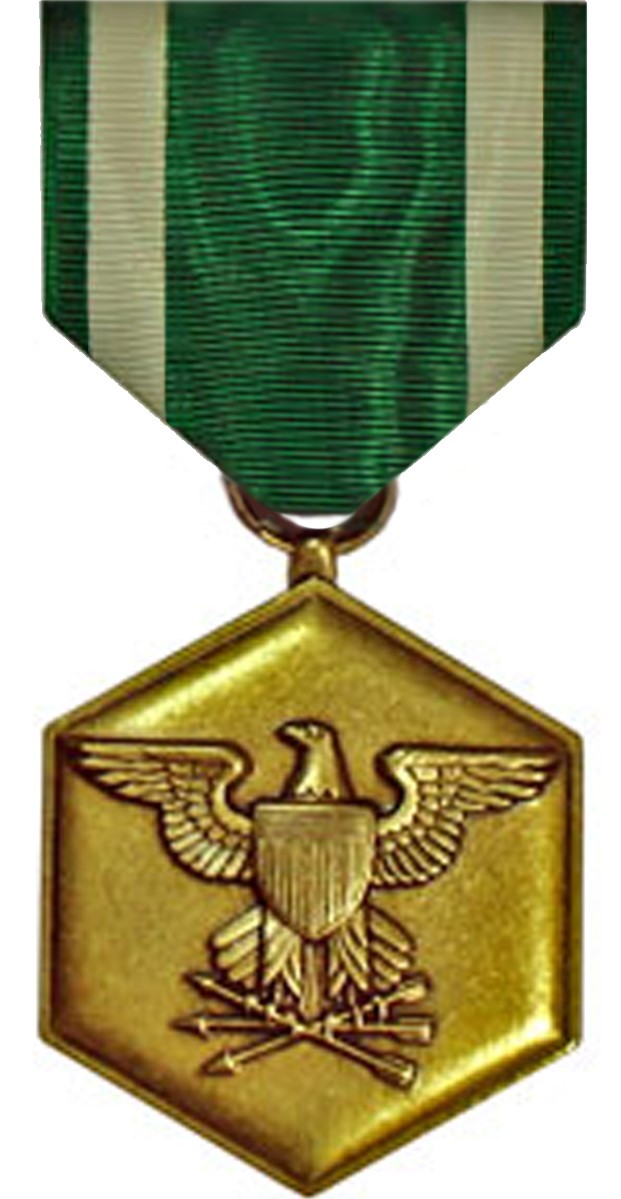 First awarded in 1961, this decoration is awarded to members of the United States Navy and the United States Marine Corps for meritorious service or achievement in either combat or noncombat situations based on sustained performance or specific achievement of a superlative nature, but which does not warrant a Commendation Medal or higher. This award often recognizes the contributions of junior officers.

Established by President Dwight D. Eisenhower in 1953, this decoration is currently the oldest service medal awarded by all of the United States Armed Forces and is awarded for military service during periods of national emergency, or any other periods designated by the Secretary of Defense. To date, the National Defense Service Medal has been awarded for four specific time periods: Korean War, Vietnam War, Persian Gulf War and Global War on Terrorism. General Walters received this award twice, as noted by the Bronze Service Star.

Established by President George H.W. Bush in 1991, this decoration recognizes all military service members who performed duty during the years of the Persian Gulf War. Recipients of this medal must have participated in or supported military operations in Southwest Asia between August 2, 1990-November 30, 1995, which included Operations Desert Shield and Desert Storm.

Established in 2004 by President George W. Bush, this decoration is open to all members of the United States Armed Forces and is awarded for duty performed duty within the borders of Afghanistan (or its airspace) for a period of thirty consecutive days or sixty non-consecutive days. There are six established campaign phases starting with the Liberation of Afghanistan as Phase 1 in 2001. General Walters served in two phases, as noted by the two Bronze Campaign Service Stars.

Established in 2003 by President George W. Bush, this decoration is open to all members of the United States Armed Forces and recognizes military service members who have supported operations to counter terrorism in the War on Terror since September 11, 2001. There are currently seven established operations for the Global War on Terrorism Service Medal recognized by the Department of Defense including Operation Iraqi Freedom (2003-2010) and Operation Freedom's Sentinel (2015-Present).

Established by President President George W. Bush in 2002, this decoration is open to all members of the United States Armed Forces and is awarded to any military member who has served duty in South Korea in support of the defense of the South Korean state after the signing of the Korean Armistice Agreement.

First awarded in 2003, this military decoration is awarded to various militaries of the world under the North Atlantic Treaty Organization (NATO). There are currently fourteen different versions of this medal. This version is for Non-Article 5 service during International Support Afghanistan Freedom and was awarded to members of units or staffs as set out in the Joint Operations Area, which took part in Afghanistan from 2003-2014. 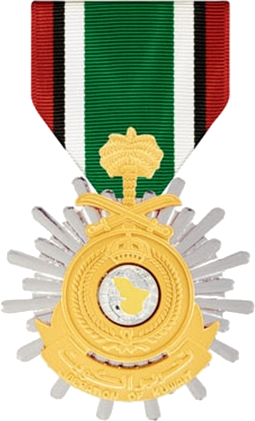 Established in 1990, this medal was awarded by Kuwait for service during the Liberation of Kuwait from 1990-1991. It was awarded to members of the Military Coalition who served in support of Operation Desert Shield or Desert Storm between August 2, 1990 and August 31, 1993.

Established in 1981 by Secretary of Defense Caspar Weinberger, this award is open to all military units and is awarded in the name of the Secretary of Defense to joint activities for meritorious achievement or service for actions in the following situations: combat with an armed enemy of the United States, a declared national emergency or under extraordinary circumstances that involve national interests.

Established in 1944 by Secretary of the Navy James Forrestal, this ribbon is awarded for outstanding heroism in action against the enemy or extremely meritorious service (non-combat) in support of military operations. General Walters has received this award twice, as indicated by the bronze star.

Established in 1967, it is awarded to any unit of the Navy or Marine Corps that has distinguished itself, under combat or non-combat conditions, by either valorous or meritorious achievement. The unit awarded will have performed outstanding compared to other units performing similar service, but not sufficient to justify award of the Navy Unit Commendation. General Walters has received this award twice, as indicated by the bronze star.

First authorized in 1980, it is awarded to any member of the Navy or Marine Corps assigned to a deployable unit (eg. ship, submarine, aircraft squadron, etc.) and is deployed for a period of either 90 consecutive days or two periods of at least 80 days each within a 12-month period or six months stationed overseas. General Walters has been awarded this ribbon four times, as indicated by the three bronze stars.

This metal insignia depicts an open parachute with outstretched wings. To be awarded this insignia, the officer or enlisted personnel must have already been awarded the Basic Parachutist Badge (a minimum of ten free-fall parachute jumps) plus an additional five jumps. 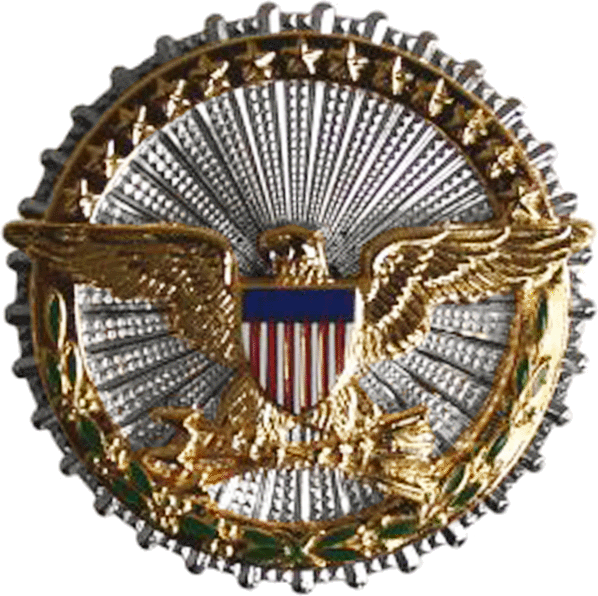 Office of the Secretary of Defense Identification Badge

This badge is issued to members of the United States armed forces who are permanently assigned to the Office of the Secretary of Defense and its subordinate offices. 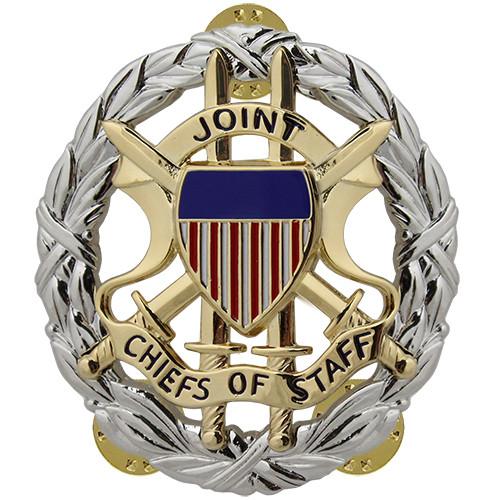 Office of the Joint Chiefs of Staff Identification Badge