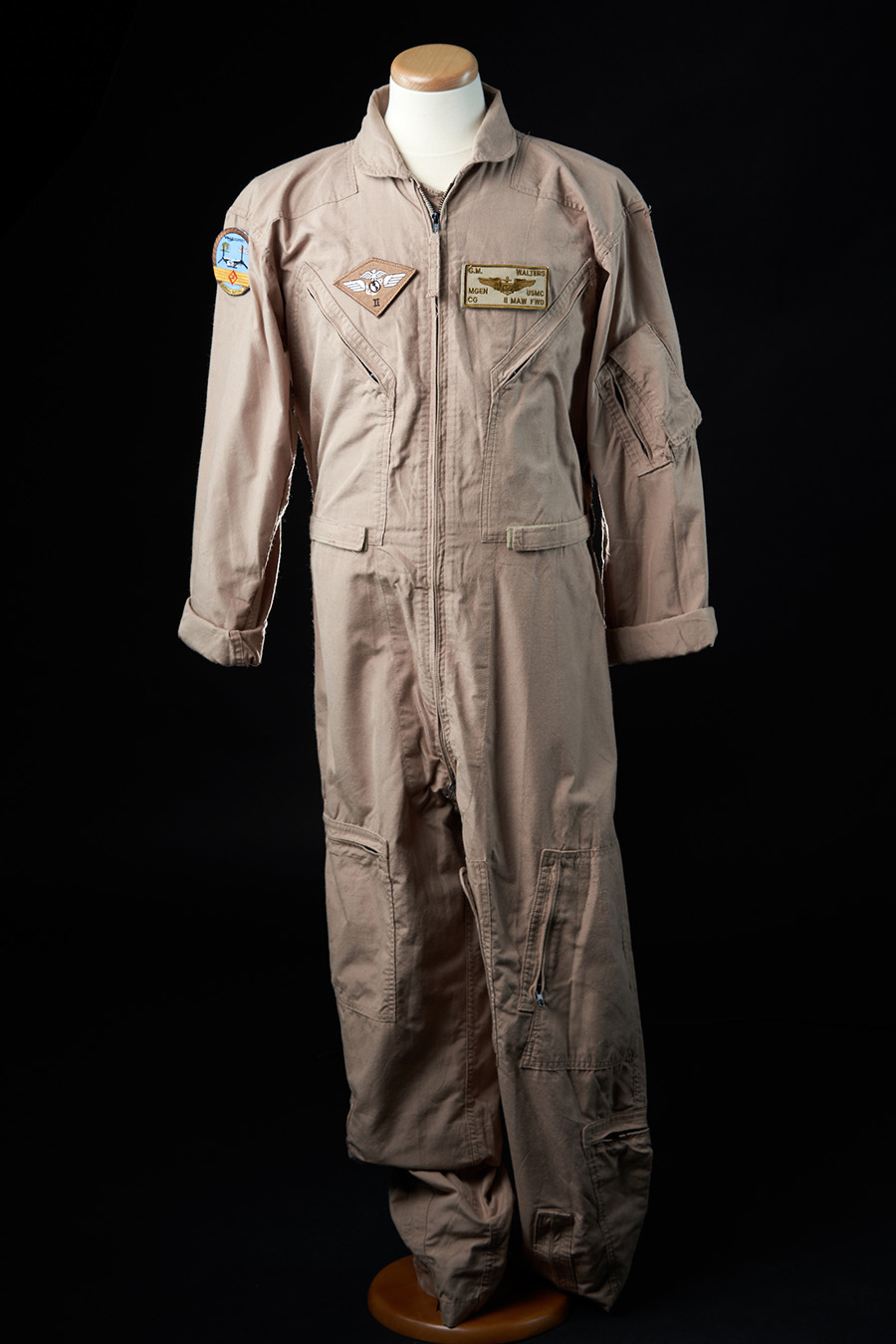 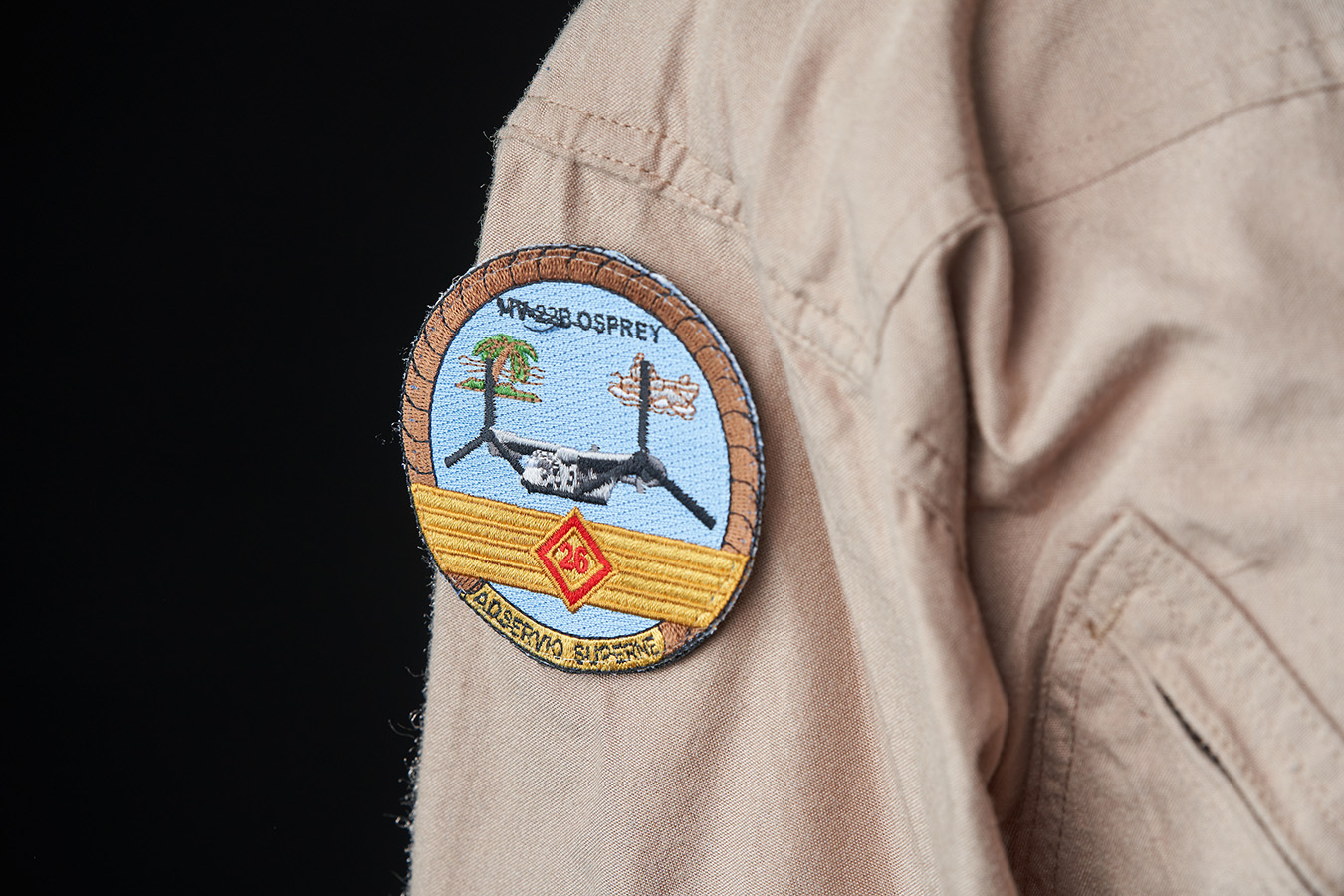 This flight suit would have been worn by General Walters after he was promoted to Major General in 2011 as identified by his name patch. The patch on the left-side chest is for 2nd Marine Aircraft Wing while the patch on his arm is for the MV-22B Osprey, which is a Marine Corps variant on the V-22 Osprey.