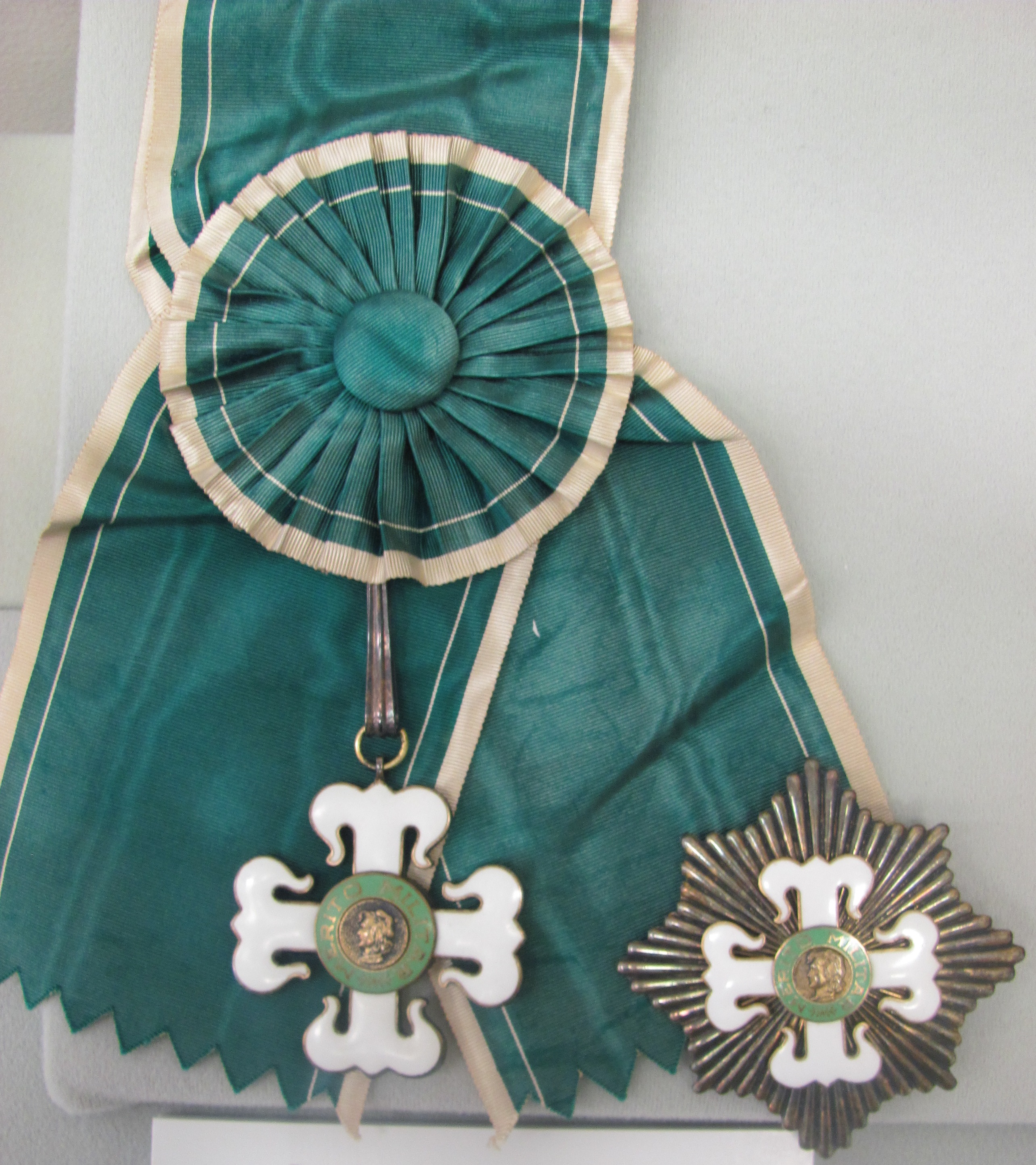 Brazil: Order of Military Merit -- Instituted by the President of Brazil on 11 February 1943. The award may be presented to members of either Brazilian or Allied militaries. The award is presented to acknowledge distinguished service or exceptional contributions​ to Brazil while in the service of Brazilian or Allied armies. Notable recipients include: President Eisenhower, General Freedman, and former Army Chief of Staff General Odierno. 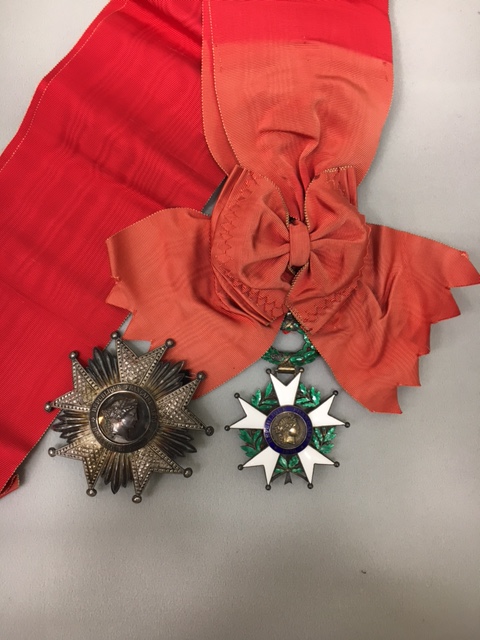 France: The Legion of Honor -- The Legion of Honor is the highest military or civilian award in France the award was established by Napoleon Bonaparte in 1802. The award is presented to those who have executed excellent military or civic duty to the French state. The award is presented in five classes with Grand Cross being the highest of the degrees. The title of Grand Master of the Grand Cross is bestowed upon a figurative head of the Order. Notable recipients include: Clint Eastwood (3rd class award), Sean Connery (3rd class award), and Charles Lindbergh. 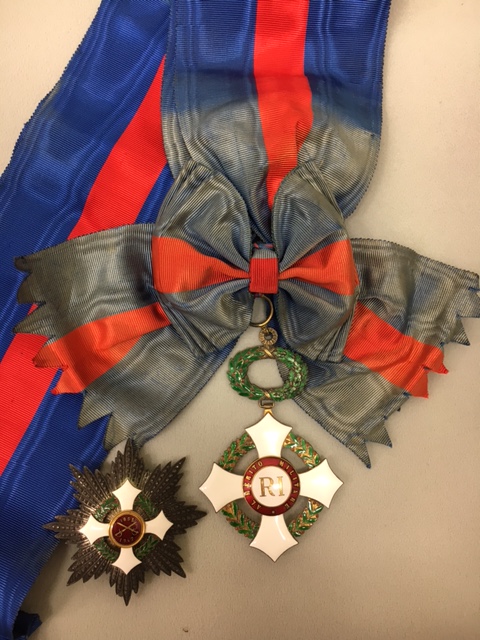 Italy: Military Order of Italy -- The award was first instituted by Victor Amadeus III of Sardinia on August 14, 1815. The award is an Order of Knighthood. The Military Order of Italy is the highest military honor that the Italian Republic can bestow. During the Second World War, the award was presented to military personnel who had displayed remarkable feats of valor and responsibility in combat.Notable recipients include: Italian President Carlo Ciampi, General Lemnitze, and General "Hap" Arnold. 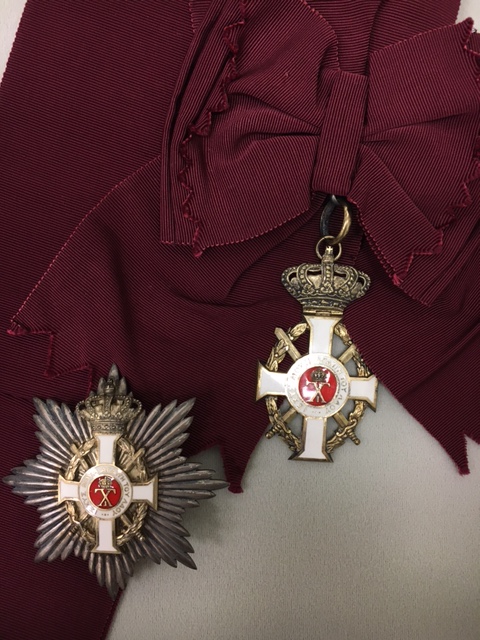 Greece:  Order of George I -- The award was instituted in 1915 by King Constantine in honor of his father, King George I. This award was presented by the King of Greece to those who rendered distinguished service to the Greek state. The award was discontinued in 1973 with the abolition of the Greek monarchy. The motto inscribed on the award reads "The love of my people is my strength." 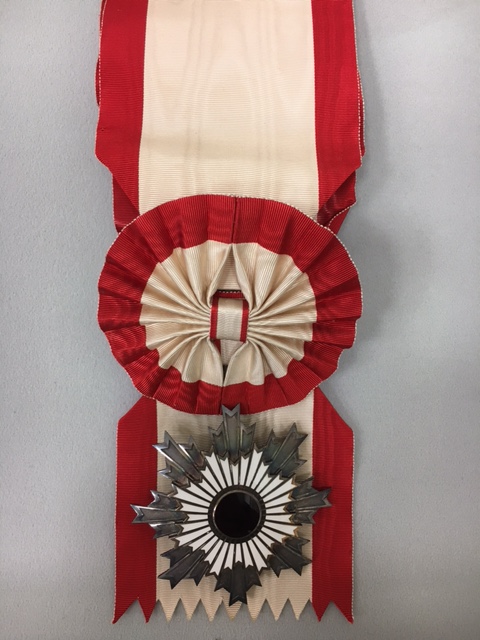 Japan: Order of the Rising Sun -- The award was instituted on April 10, 1875 by Emperor Meiji of Japan. The Order of the Rising Sun is Japan's third highest honor. Before and during the Second World War, the award was presented to those who had given exemplary military service. Post WWII, the award may be presented to Japanese citizens or foreign nationals who have helped progress the world in international relations and various other fields. Notable recipients include: President Taft, General MacArthur, and Secretary of State Donald Rumsfeld 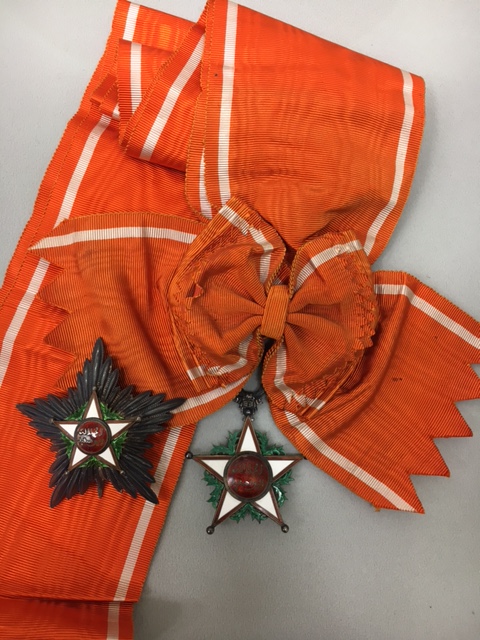 Morocco: Order of Ouissam Alaouite-- The award was instituted on January 11, 1913 by the French government in colonial Morocco. The award is for civilians and military leaders alike who have shown great personal heroism in battle or meritorious service to the Moroccan state. During the Second World War, the Order was presented predominantly to Allied leaders who helped plan the invasion of French Morocco under Operation Torch in 1942. Notable recipients include: General "Hap" Arnold, General Eisenhower, and General "Bombs Away" LeMay.