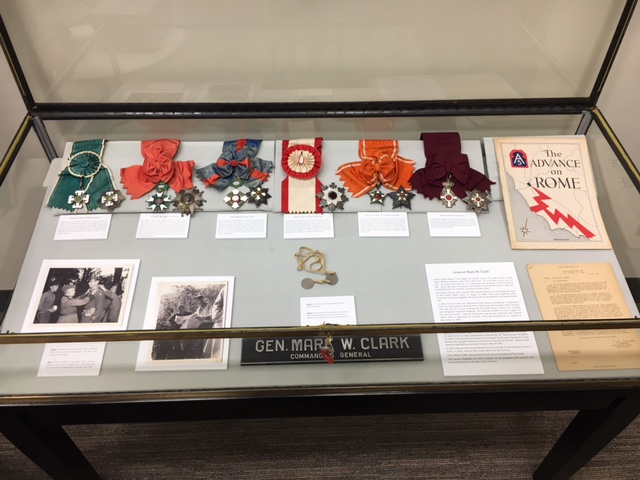 General Mark Wayne Clark began his military career as a cadet at the United States Military Academy, West Point, New York. As a member of the Class of 1917, he would commission as a 2nd Lieutenant and see action in the First World War. While serving as a company commander on the Western Front, Clark was wounded by German shrapnel, earning the Purple Heart.

During the interwar years, General Clark would continue to rise through the ranks of the United States Army. In August 1941, Clark was promoted from Lieutenant Colonel to Brigadier General as the United States prepared for the Second World War.

The awards displayed are only a fraction of the accolades that General Clark accumulated over his 36 years in the US Army.

This nameplate is believed to have been on General Clark's desk while he was the Commanding Officer of the United Nations force in Korea 1952-1953.