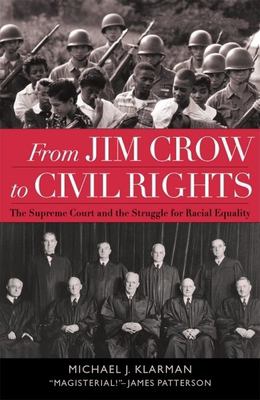 From Jim Crow to Civil Rights

A monumental investigation of the Supreme Court's rulings on race, From Jim Crow To Civil Rights spells out in compelling detail the political and social context within which the Supreme Court Justices operate and the consequences of their decisions for American race relations. In a highly provocative interpretation of the decision's connection to the civil rights movement, Klarman argues that Brown was more important for mobilizing southern white opposition to racial change than for encouraging direct-action protest. Brown unquestioningly had a significant impact--it brought race issues to public attention and it mobilized supporters of the ruling. It also, however, energized the opposition. In this authoritative account of constitutional law concerning race, Michael Klarman details, in the richest and most thorough discussion to date, how and whether Supreme Court decisions do, in fact, matter. 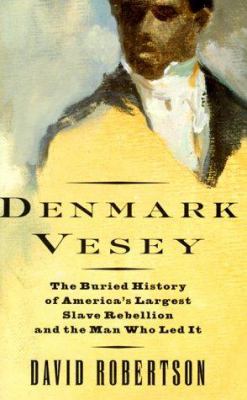 On July 2, 1822, Denmark Vesey and five co-conspirators were hanged in a desolate marsh outside of Charleston, South Carolina. They had been betrayed by black informers during their attempt to set in motion the largest slave rebellion in the history of the United States--an effort astonishing in its level of organization and support. Nine thousand armed slaves and free blacks were to converge on Charleston, set the city aflame, seize the government arsenal, and then murder the entire white population of the city, sparing only the ship captains who would carry Vesey and his followers to Haiti or Africa. The attempted revolt was a significant episode in American history, yet it, and its leader, have been all but forgotten. In this balanced and gracefully written biography of Vesey--the first in many decades--David Robertson gives us a profile of this extraordinary man. He shows how, by preaching a doctrine of negritude combined with various religious elements, Vesey was able to attract large numbers of blacks to a messianic crusade for freedom. Robertson details the aftermath of the failed revolt, analyzes its social and political consequences, and articulates the essential, disturbing questions it poses to a racially and ethnically pluralistic society today. 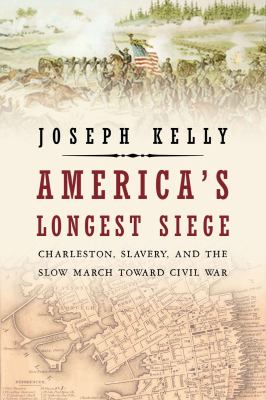 In 1863, Union forces stormed the city of Charleston, South Carolina, and held the harbour hostage for nearly two years - the longest siege in the history of modern warfare. Yet a singular ideology of racism has laid a different sort of siege to the entire American South for two centuries prior. In this sweeping, provocative new history of the city and the times that ignited America's Civil War, author Joseph Kelly examines America's long struggle with slavery and the debates at its very centre. 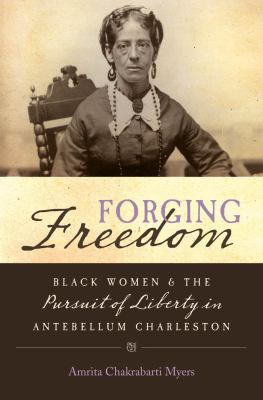 For black women in antebellum Charleston, freedom was not a static legal category but a fragile and contingent experience. In this deeply researched social history, Amrita Chakrabarti Myers analyzes the ways in which black women in Charleston acquired, defined, and defended their own vision of freedom. Drawing on legislative and judicial materials, probate data, tax lists, church records, family papers, and more, Myers creates detailed portraits of individual women while exploring how black female Charlestonians sought to create a fuller freedom by improving their financial, social, and legal standing. Examining both those who were officially manumitted and those who lived as free persons but lacked official documentation, Myers reveals that free black women filed lawsuits and petitions, acquired property (including slaves), entered into contracts, paid taxes, earned wages, attended schools, and formed familial alliances with wealthy and powerful men, black and white--all in an effort to solidify and expand their freedom. Never fully free, black women had to depend on their skills of negotiation in a society dedicated to upholding both slavery and patriarchy. Forging Freedom examines the many ways in which Charleston's black women crafted a freedom of their own design instead of accepting the limited existence imagined for them by white Southerners.

Please note our new database and online journal links will require you to sign in with your Lesesne Gateway username and password (@nation.citadel.edu). If you encounter any issues, contact us at reference@citadel.edu.