This guide seeks to serve as a source of information on Citadel uniforms from the founding of the institution in 1843 to 1900. 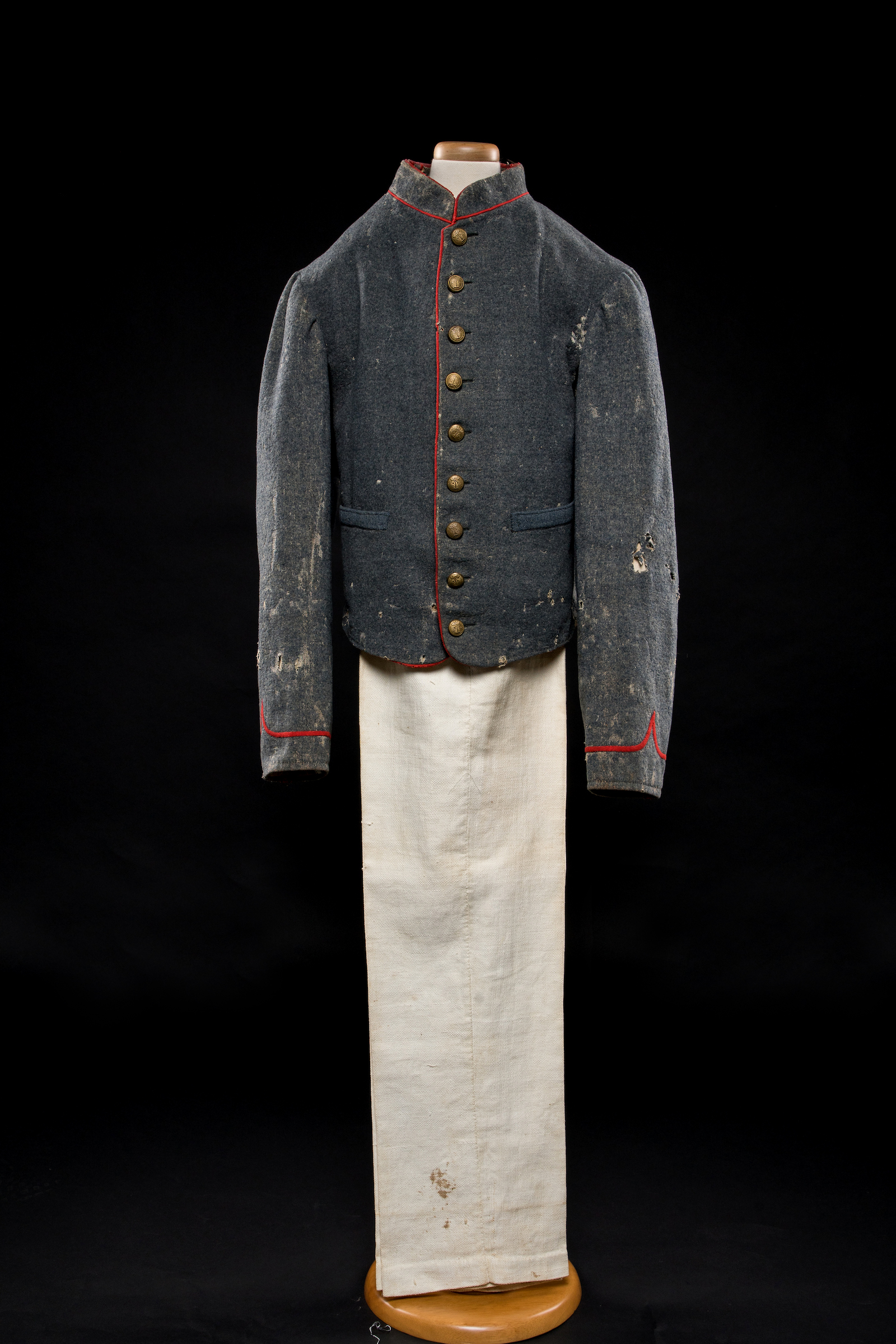 This Fatigue Jacket and pair of Trousers are the oldest uniform in the collection of The Citadel Museum. They belonged to Cadet Clifton A. Reed. The red piping was added later and is not original to the jacket.

1860s Regulations and Board of Visitor Meeting Minutes

Unfortunately, we do have any Regulations from 1860-1865 before The Citadel closed down after the end of the Civil War. Based on the photographs below, it appears that Citadel uniforms did not undergo any major alterations during this time.

During the Civil War, the cost of goods became extraordinary, especially in the South. By 1862, all Pay Cadets were required to furnish parts of their wardrobe and pay $400 tuition. From the 1862 Board of Visitor Meeting Minutes:

"Resolved, That hereafter during the existence of the present high prices, pay cadets in the South Carolina Military Academy be required to furnish their own under clothing, including shirts, drawers and socks; also their shoes, combs and brushes, and pay annually four hundred dollars, viz: one hundred dollars per quarter in advance."

By 1864, the cost of tuition had risen to $1200 per Pay Cadet, which was a factor in the decision to close the school. From the 1864 Board of Visitor Meeting Minutes:

"The Board regret to state that, that source of supplies is now cut off and both subsistence & clothing will have to be purchased at the enormous prices asked in the open market. The Board has, therefore, increased the amount to be paid by Pay Cadets to twelve hundred dollars for the year, and they ask of your honorable body a corresponding increase in the appropriation for the Academy, for the pay of the Officers and support of the State Cadets." 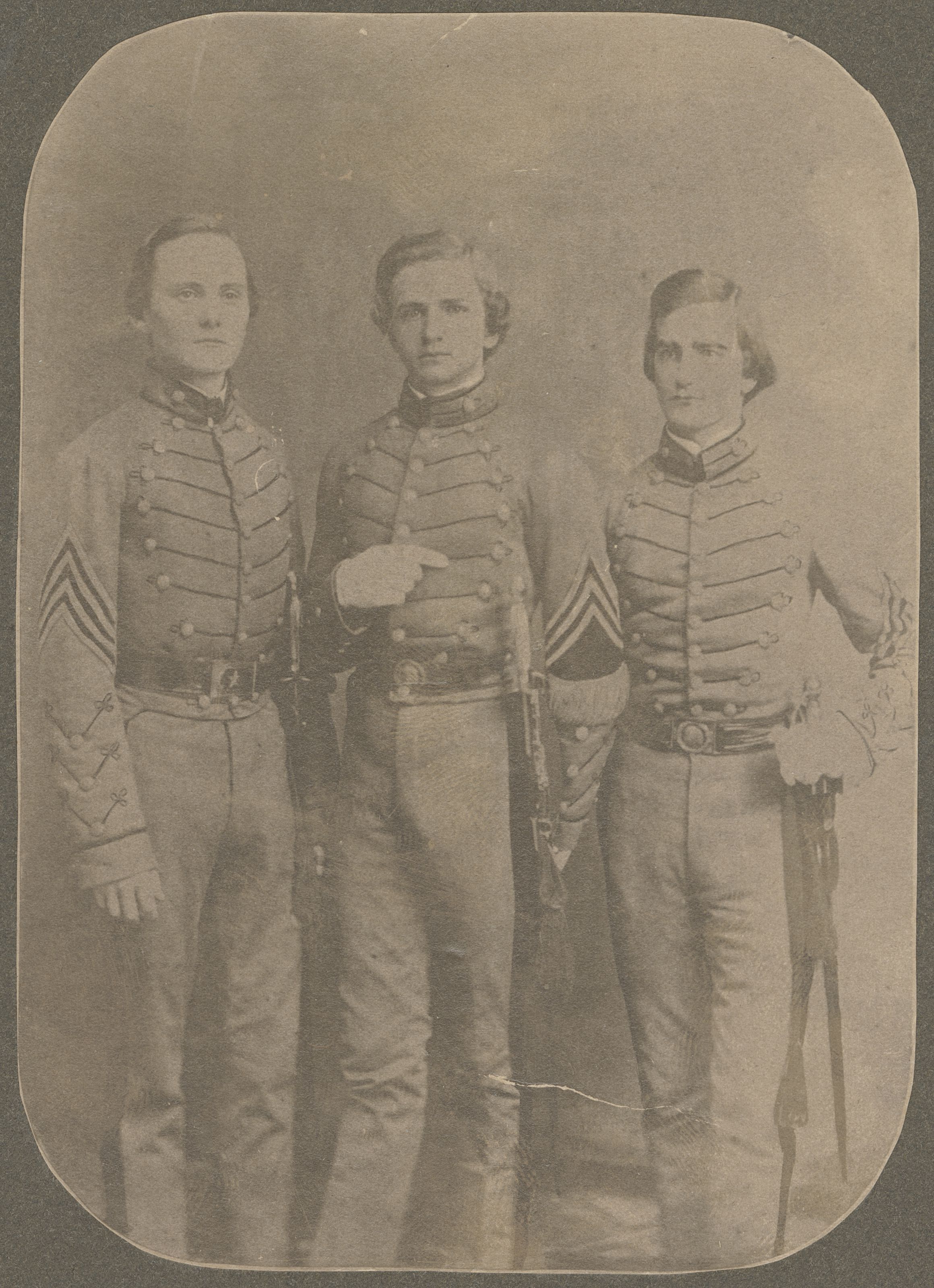 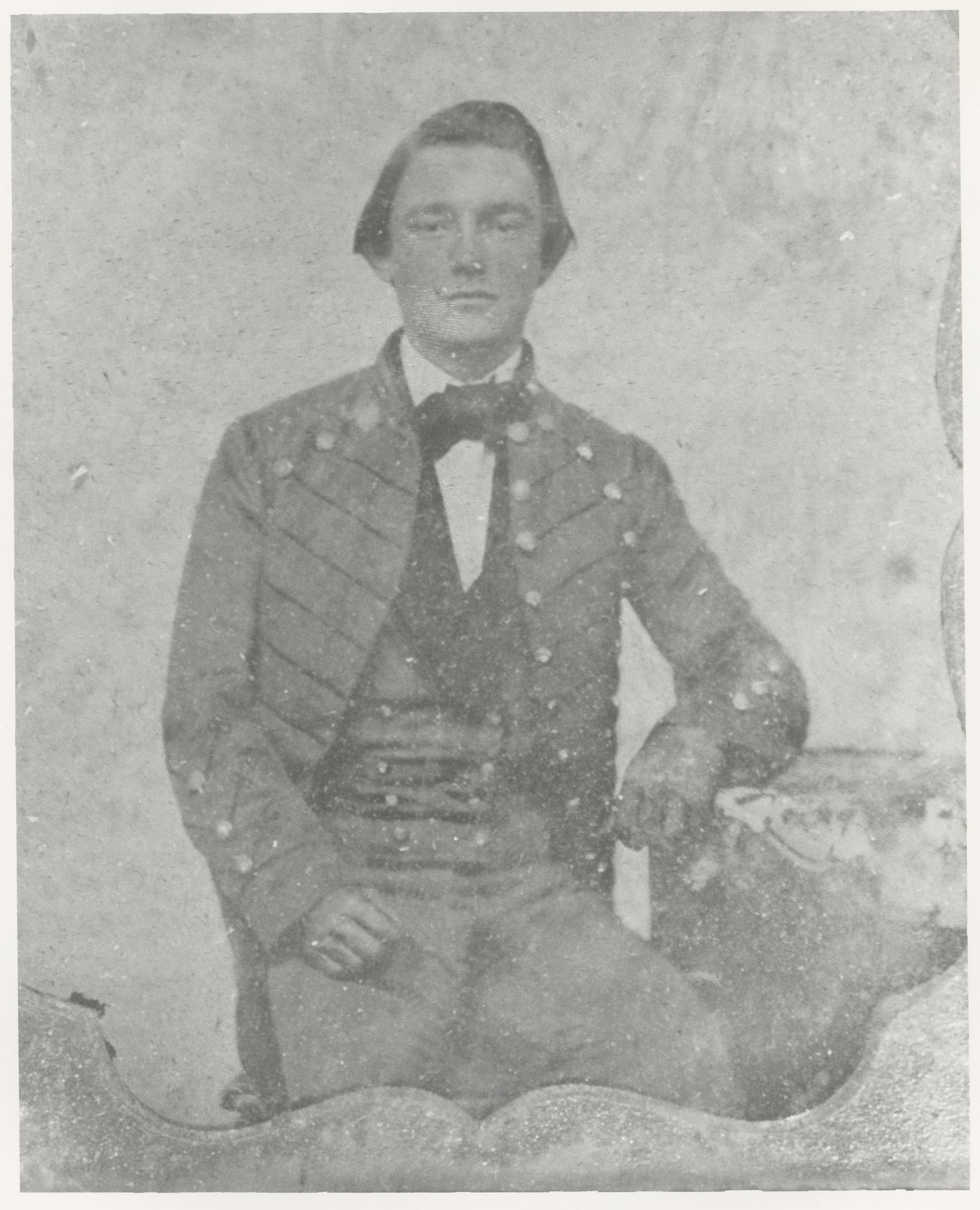 Cadet Raysor was a member of the Class of 1861 and hailed from the Colleton District. According to the 1864 Register, Raysor was appointed as a First Lieutenant in the 11th Regiment, South Carolina Infantry (also known as the 9th Volunteers) in 1861. He was promoted to Captain in 1862. In this daguerreotype, Raysor is wearing his Uniform Coatee unbuttoned so his Vest trimmed with black silk is visible. He is also wearing his black Bombazine Stock. 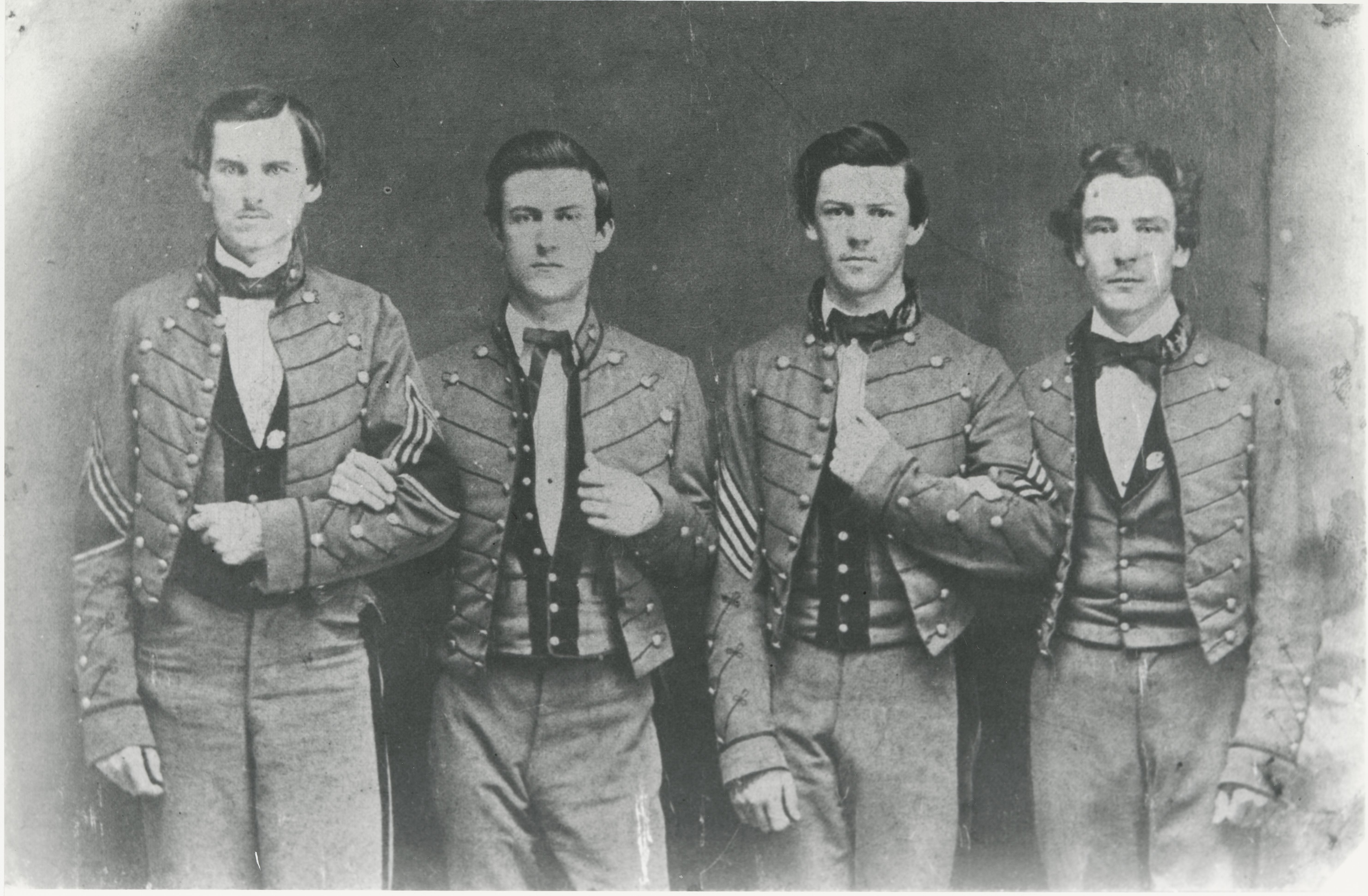 Cadets Mew, McKewn and McDowell were all members of the Class of 1862 and hailed from Beaufort, Orangeburg and Charleston Districts, respectively. There is no record of a Cadet Gregg in the Registers so he may not have graduated or the photograph could have been labeled incorrectly. According to the 1864 Register, Mew became a volunteer with the South Carolina Artillery and served on detached duty with the Engineer Corps. Cadet McKewn served as a Cadet Captain and Assistant Instructor in Belles Lettres while at The Citadel.  According to the 1864 Register, McKewn briefly became a Professor of Mathematics at the Montgomery Military Academy in Alabama before resigning to join the 5th Regiment, South Carolina. He was wounded at the 2nd Battle of Manassas before being mortally wounded at the Battle of Fredericksburg in December 1862. The Citadel Archives also has a wonderful letter that Cadet McKewn wrote in 1859. Cadet McDowell served as an Assistant Instructor of Mathematics while at The Citadel. According to the 1864 Register, McDowell served as a volunteer in Aiken's Regiment, South Carolina Cavalry before being killed on John's Island in 1864. In this photograph, Mew, Gregg, McKewn and McDowell are all wearing their Uniform Coatees unbuttoned so their Vests are visible. The vests differ, however, due to the placement of the black silk. 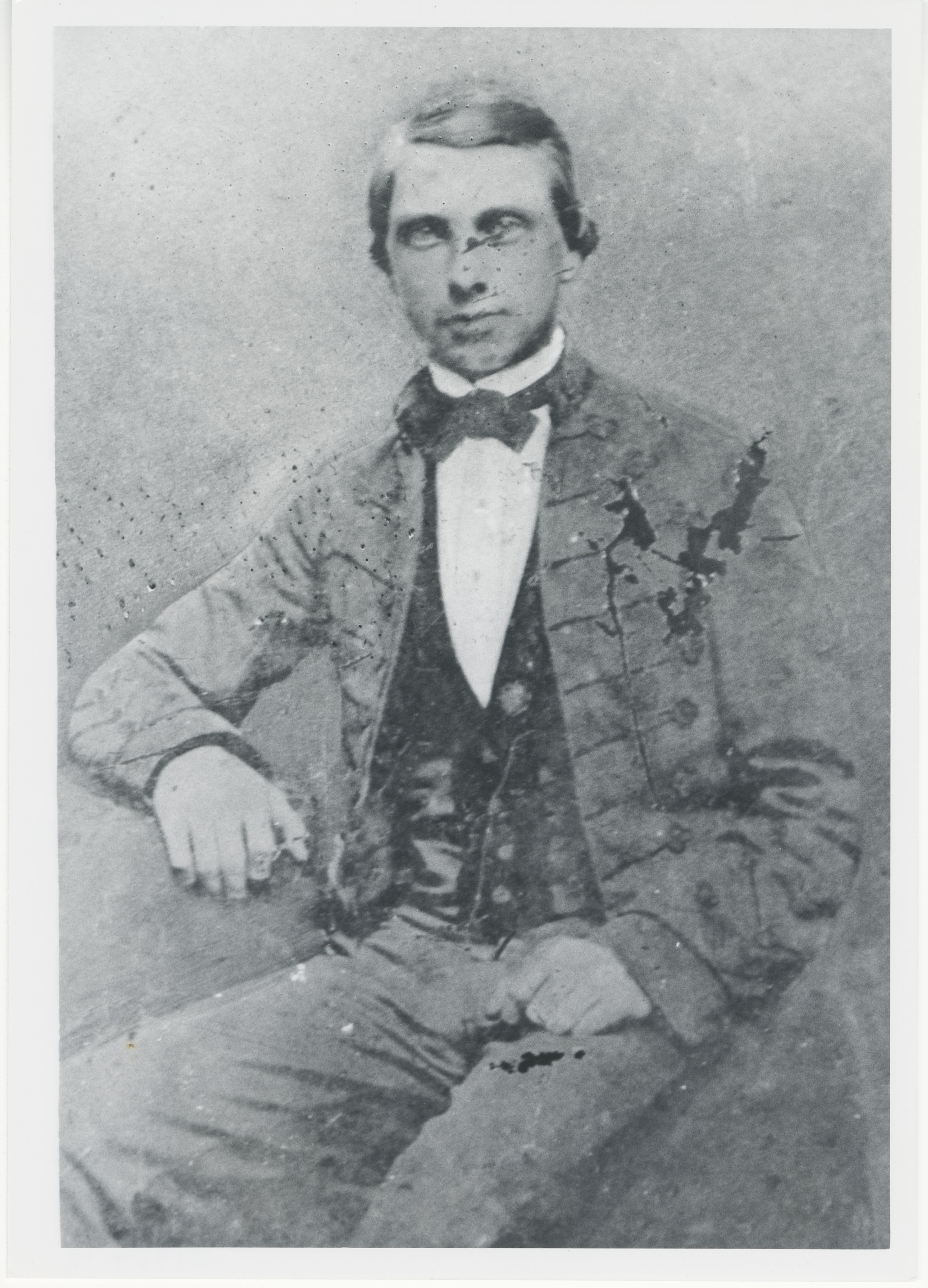 Cadet Morrison was a member of the Class of 1864 and hailed from the Beaufort District. Morrison served as a Cadet First Lieutenant in Company "B" during his time at The Citadel. According to the 1864 Register, Morrison was serving as an ensign with the 11th South Carolina after graduation. In this photograph, Morrison is wearing his Citadel uniform but has had it altered for civilian life by switching out the buttons on his Coatee and Vest. Many Citadel cadets continued to wear their altered uniforms after graduation, especially during this time period, as goods were scarce and expensive. 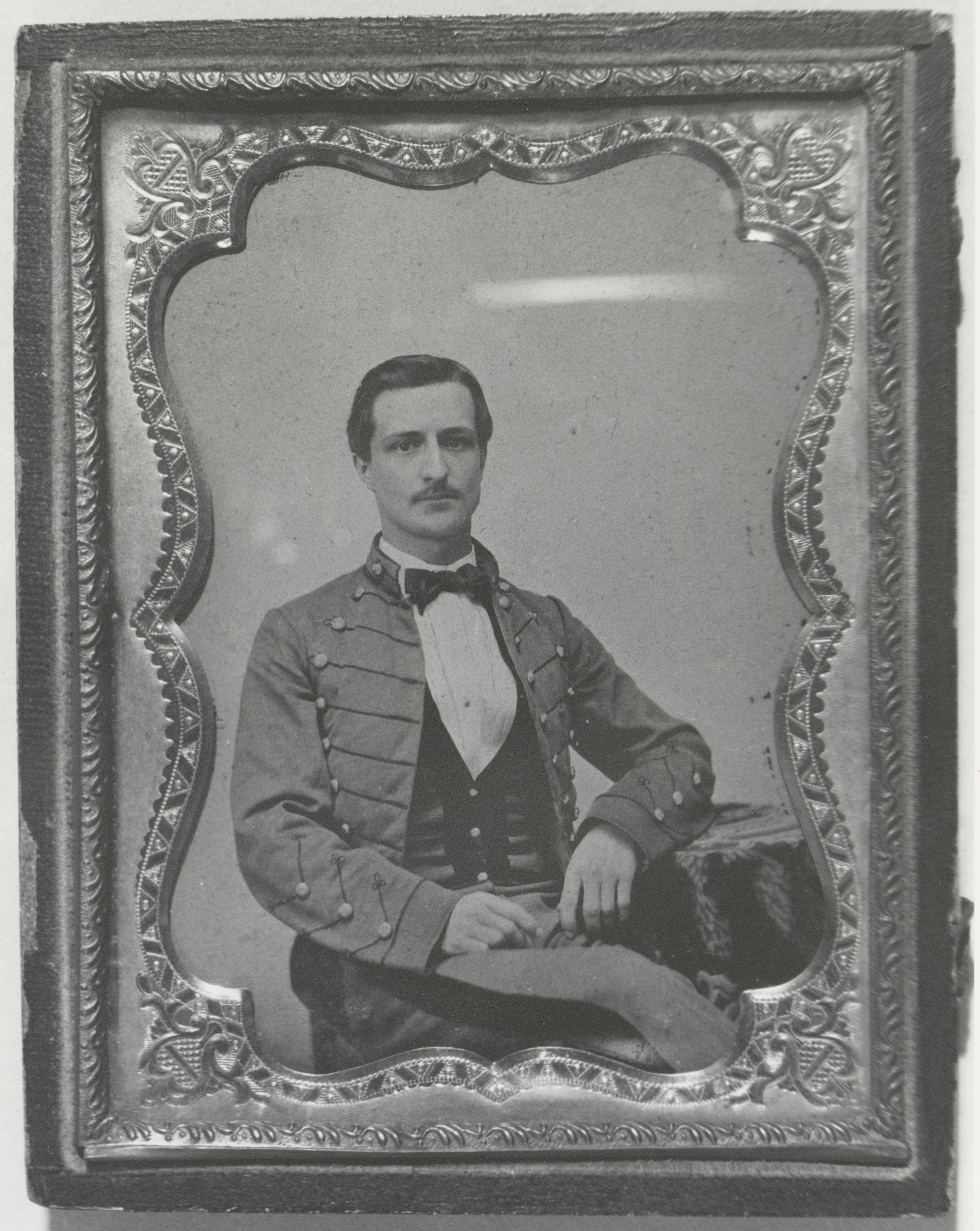 Cadet Klinck would have been a member of the Class of 1865. He served with the Battalion of State Cadets with the rank of Cadet Sergeant until they were disbanded and furloughed in May 1865. After the war, Klinck worked as a merchant in Charleston. In this ambrotype, Klinck is wearing his Uniform Coatee unbuttoned to show his Winter Vest lined with black silk and his Bombazine Stock tied in a neat bow. 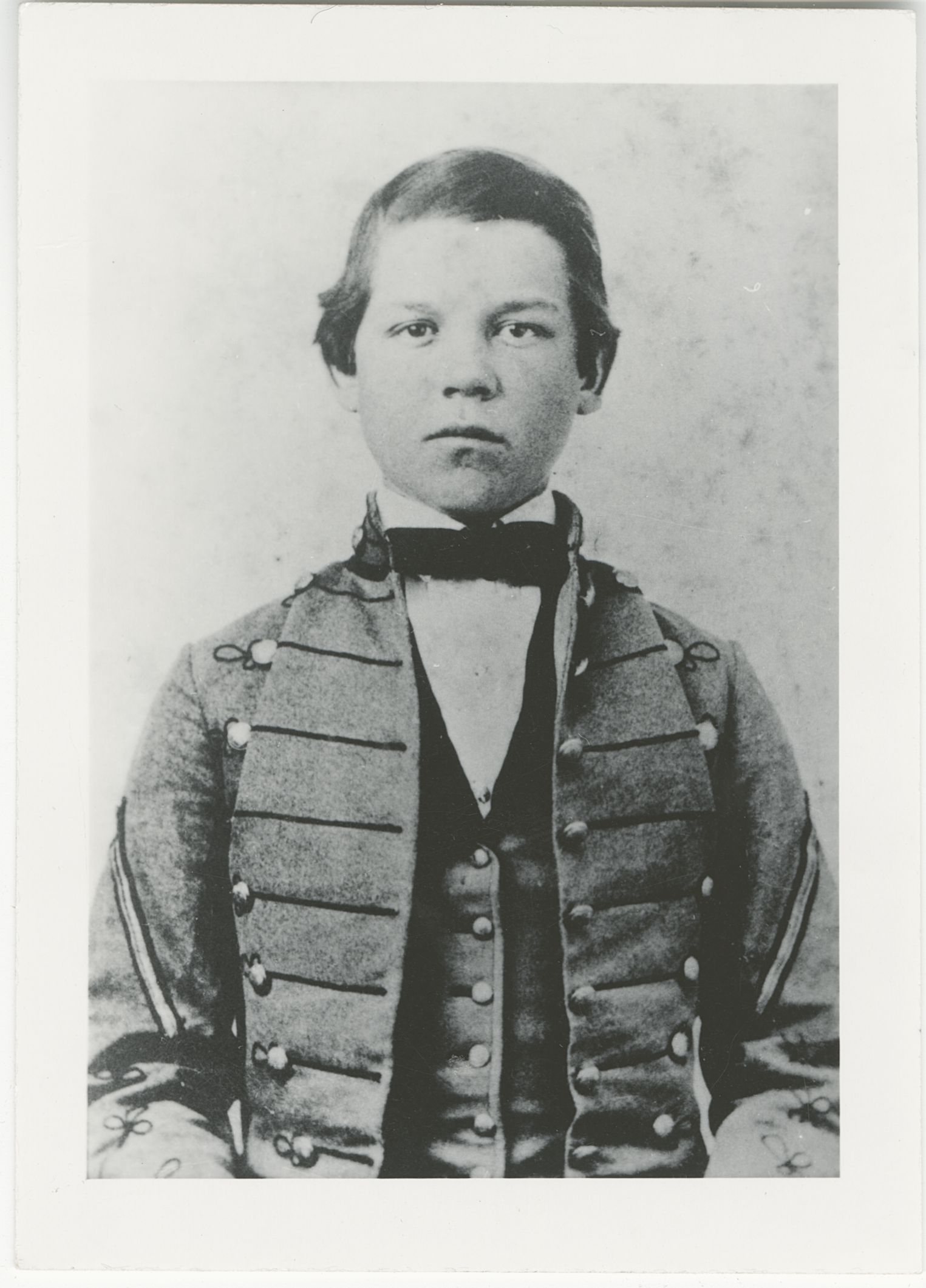 Cadet Thomas would have been a member of the Class of 1865 and hailed from the Fairfield District. He was the son of John Peyre Thomas, honor graduate of the Citadel's Class of 1851 and Superintendent from 1882-1885. After the war, Thomas worked for the railroad in Hope, Arkansas. In this photograph, he is wearing his Uniform Coattee unbuttoned so his Winter Vest shows and his black Bombazine Stock neatly tied in a bow.