"I was a senior cadet officer in 1966 when Charlie reported in to “G” company. In fact, I am in the color photographic of that historic day. I can identify everyone in the picture if needed.

Charlie and I were in different platoons and lived on different galleries so I never had many personal interactions with him. But one particular night stands out and is a tribute to his character and motivation.

It occurred in late 1966 or early 1967 after evening mess when all the company knobs were in the middle of a very grueling sweat party. I watched him carefully but saw no difference between how he was treated that night from other knobs. But it was still rough on him. As it ended before the start of ESP, while he was bracing on the gallery, I walked over to him, looked him the eye and told him to hang in there, you can do this. He looked back at me and I saw a slight smile. He knew that there were upperclassmen who truly wanted him to survive but to succeed.

This was one of the proudest moments for this Ohio Yankee. I played but a small part in this revolutionary event, and I will never forget his fight to prove himself." 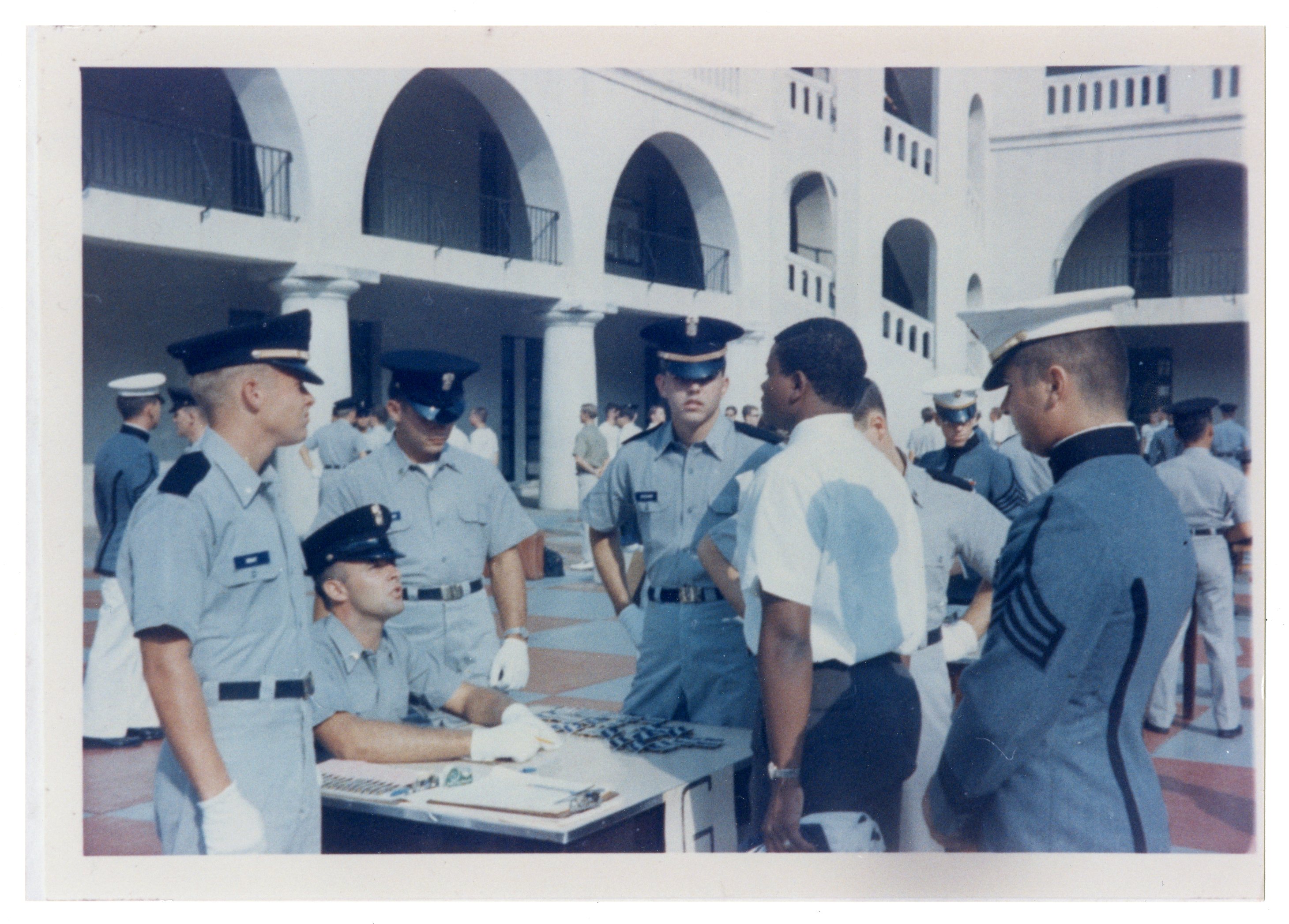