The Citadel invited William Foster to Charleston for two days in June of 2019 to meet with faculty, staff and alumni, and to record an interview about his brother. The full transcript is available to read via our digital collections website, and we are happy to share eleven video clips from the interview here.

The Citadel is grateful to William Foster for providing this invaluable resource for our researchers, students, faculty, staff, alumni and community. Charles Foster's story is a significant piece of Citadel history, and this interview helps us to better understand his life and experience. 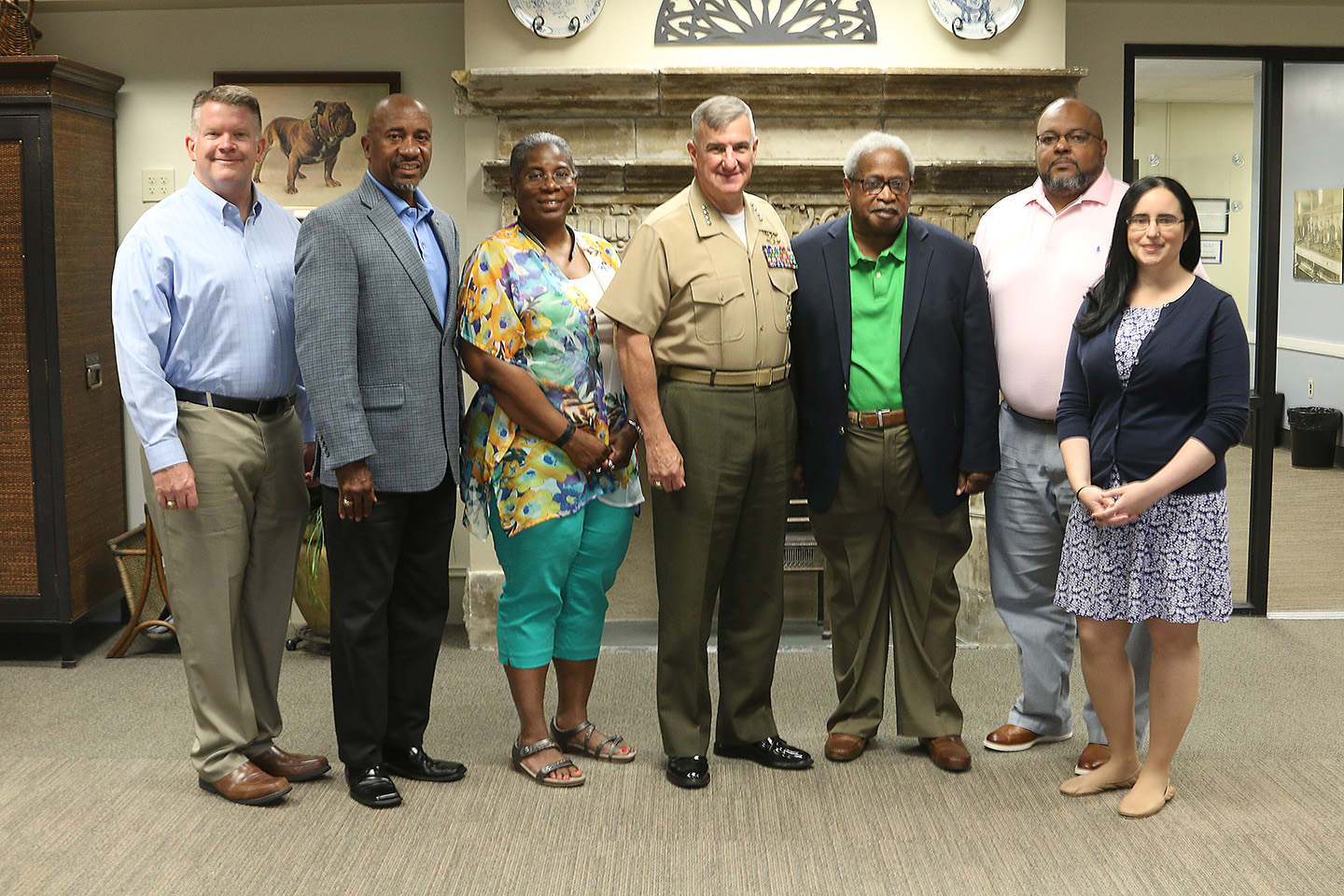 We felt safe in the borders of our home.

"My parents did a good job of kind of insulating Charles and I from the reality of the times. In that making sure, that we felt we could do anything we wanted to through education. We felt safe in the borders of our home. But when you went out - they prepared us for the realities that - living in a separate but unequal society. And, you know, all over Charleston you would see signs saying whites only. You’d see water fountains for colored. They didn’t use the term black then, it was colored. Or some that thought they were liberal, they would say negroes. But the term most often used was colored. For colored only. For whites only. There were restaurants that would not serve you. There were some restaurants that if you wanted to really eat, they’d tell you to come to the back. We never subscribed to that. We never felt like we were second-class citizens."

Charles would laugh a lot.

"Charles would laugh a lot. You know, he’d have funny stories and things. All that was gone. He was a little more dark because of what he had been through and what he had to accept, you know, to get through it. And I think because of that experience, it bothered him. Because he didn’t think it should’ve been that way. Because he didn’t see the others that came in class with him, he imagined himself ... everybody should have had the same experience, and it wasn’t that way."

They're trying to break me.

"'You’re not going to break me.' That’s the term he used to use. 'They’re trying to break me.' He said, 'I’m not going to let them do it.' That’s what he would tell me all the time. He said, 'They’re trying to make me seem as if I’m weak. That I can’t continue on.' He said, 'Anything they can do, I can do,' he said. He said, 'I can excel in it.' So, although he had some tough times those first two years, it made him stronger."

The community held him up.

"The community was awesome. They truly supported him in any way they could. When he had functions to go to, mothers would want their daughters to - they would say, they’d call the house. You know, 'My daughter would be willing to go with Charles to the ball,' or whatever. And the people at the church, they were solidly behind him. People from C.A. Brown. All of the faculty. I met people, we heard from people that we’d never met before, you know, that were solidly in his corner. So, the community ... the community held him up. And they made him feel good. When he was out, you know, they made him feel good. They took care of him. Like I said many times before, they’d see him walking back and they’d make sure, they said 'Get in the car, we can get you back on time.'"

Video Clip 1:  William Foster talks about his parents and grandmother, activities that he and Charles had as children in Charleston, and Emanuel AME, his family’s church.

Video Clip 2: William Foster talks more about his grandmother, Naomi DeLesline, and her sister Edna. He also describes his father and mother.

Video Clip 3: William Foster describes the house and neighborhood that he and Charles grew up in on Wall Street in Charleston.

Video Clip 4: William Foster describes his brother’s decision to apply to The Citadel, and talks about the elementary and middle schools that he and Charles attended.

Video Clip 5: William Foster talks more about his brother’s decision to attend The Citadel, and the importance of education in his family.

Video Clip 7: William Foster talks more about his grandmother and mother, and about the Ed Sullivan program and the magazines Ebony and Jet.

Video Clip 8:  William Foster describes listening to Martin Luther King Jr. speak at Emanuel AME Church in 1962, and talks about the history of the church.

Video Clip 9:  William Foster describes his experience as a student at the University of South Carolina.

Video Clip 10:  William Foster talks about his brother’s experience as a cadet at The Citadel, and in the Army.

Video Clip 11: William Foster talks about his brother’s experience after graduation, and community support while Charles was a cadet.