The Citadel and the Vietnam War

As situations escalated in Vietnam during the late 1950's and early 1960's, the Alumni of The Citadel once again answered their nation's call of duty. By the end of 1972, major military operations had ended in Vietnam. Over the course of the war Citadel Alumni from classes spading 1939 to 1971 had served in country with the United States Military. Citadel Alumni served with distinction as both non-commissioned and commissioned officers.

By the wars end, 76 Alumni of the South Carolina Corps of Cadets would give their lives. Today the names of these men are commemorated on both Summerall Chapel and on the black granite walls of The Citadel War Memorial. Among those lost, four were awarded the Distinguished Service Cross,one was award the Navy Cross, and many others were presented awards for their exceptional heroism under fire.

Today, A number of monuments, clubs, and traditions on campus pay respect to those who have served our country so honorably. A number of Vietnam alumni have portraits that hang in the Daniel Library to remind the Corps of those who have come before. The legacy of the Vietnam era of Citadel Men inspires a new generation of Citadel Cadets and future military officers. We as a regiment thank all of those who served and we honor all those lost. 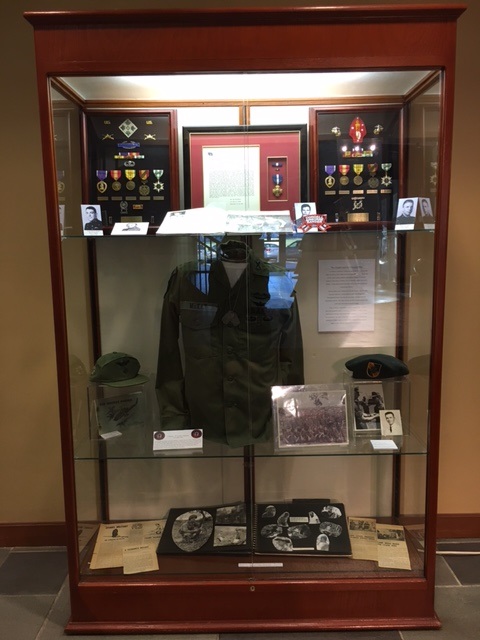