Celebrating Achievement and Success over Adversity 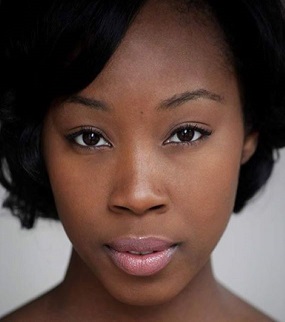 Miriam Crawford Grant is a 2006 graduate of The Citadel Corps of Cadets. The Citadel, The Military College of South Carolina, is a public college located in Charleston, South Carolina. Established in 1842, it is one of six United States senior military colleges.

Crawford Grant worked in a variety of professions after her graduation from The Citadel. She has successfully leveraged her Citadel leadership skills and makes servant leadership a part of her everyday life.

to Heal: Reflections on Nursing School in Poetry and Prose published by Kent State University Press in 2018 talks about her first-day experience as a student nurse in a VA hospital in Charleston. She was recently featured in an article in The Hollywood Reporter in February of 2019. The Hollywood Reporter focuses on the Hollywood film, television, and entertainment industries.

Crawford Grant is featured in the article along with American actor Sterling K. Brown, star of This Is Us. Mr. Brown has won 12 awards from 24 nominations in the film and television industry to include his Screen Actors Guild award from last month.

The article features 5 major Hollywood stars and their stand-ins over the years. Mr. Brown selected Crawford Grant from their time working on Army Wives when it was filmed in Charleston, SC.

Crawford Grant is a nurse, actress, writer, model, and currently works in the film industry in Burbank, California. Crawford Grant worked for the Army Wives production company and appeared in episodes of the show in 2008-2009. Crawford Grant is married to Shawn Grant; who is also a 2006 graduate of The Citadel Corps of Cadets. They return to the Citadel often to share their experiences and encourage Citadel Cadets to be their best.